This is the first book published in English in North America dealing with the Thracian historical heritage of the Balkan Peninsula.

The 3000-Year-Old Hat is about the largely unknown, yet extraordinary role played by the peoples of Thrace, Phrygia, Lydia, Bithynia and other ancient lands in the Balkan Peninsula and Asia Minor, and their contribution to the formation of the new European world.

Offering a number of rare and intriguing facts of the ancient past of those societies, this book is a unique attempt to determine their real place in the history of Europe. Archaeological excavations in the region are continuing which will reveal more secrets of the life and beliefs of the ancient peoples who inhabited those lands.

The book has 300 pages and 30 black and white illustrations and can be ordered from this site for $15 plus shipping. 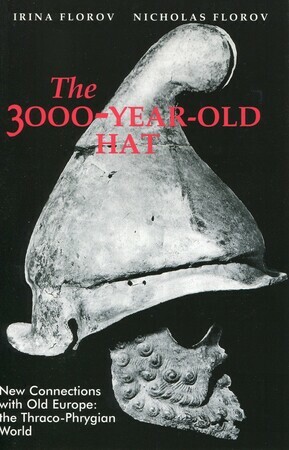